Are We There Yet? Improvements in Astronomy Technology

Are We There Yet? Improvements in Astronomy Technology 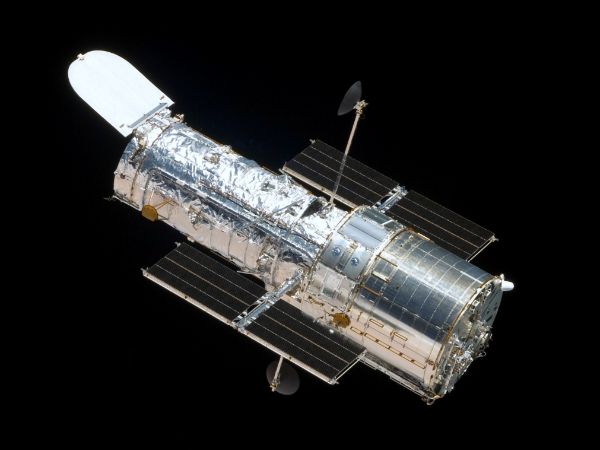 I began to seriously study astronomy a half-century ago. I was in my freshman year of high school. The Apollo program was nearing its climax with the soon to be landing of the Apollo 11 on the lunar surface that summer. Many other circumstances in my life were focusing my attention on the passion for astronomy that I already had. It was a heady time.

And life seemed so much simpler back then. Most households had only one telephone, and it was either attached to a wall in the kitchen or to a cord and was sitting on a table. Of course, we’d all heard of computers, but we’d never actually seen one. If we wanted to look something up, we usually turned to an encyclopedia. We had only one television set in our home, and it wasn’t even color. And it certainly didn’t have a flat screen. And there were only three stations to watch. The complaint then was that there were three stations, but there wasn’t anything worth watching. Now we have 300 stations or more, and there’s still nothing to watch. Now, that’s progress!

Clearly, technology has transformed our lives over the past 50 years. But technology has radically changed the way that we do science, and astronomy is no exception. Back then, it was easy to keep track of what was going on in astronomy. For two decades, the largest optical telescope had been the 200-inch Hale telescope on Palomar Mountain in southern California. The Soviets were working on a larger telescope, but that wouldn’t open for a few more years. But now both these telescopes are almost lost in the dust of newer, far larger ones. There are so many new telescopes in planning and development that it is difficult to keep up with them. Advances in technology have made building ever-larger telescopes possible, but other advances have greatly improved what we can do with telescopes with the instruments that we use on them.

And the space program has led to great advancements too. Everyone knows about the 2.4-meter Hubble Space Telescope (HST). But the HST is so last millennium (it was launched nearly 30 years ago). If all goes as planned, in two years we will have the 6.5-meter James Webb Space Telescope in orbit. It's much larger size and more advanced instruments will far surpass the performance of the HST. But attention to these optical telescopes overshadows the many other orbiting telescopes that probe other parts of the spectrum not assessable from the ground – gamma rays, X-rays, ultraviolet, and infrared. The other parts of the spectrum allow astronomers to study and learn more about the many exotic objects in the universe that we couldn’t do any other way.

And then there are the many robotic spacecraft that we’ve sent to various planets, asteroids, and comets in the solar system. Some of these probes merely flew past their targets (such as the New Horizons mission to Pluto in 2015), but others have landed on various bodies (such as the various rovers on Mars and the Philae spacecraft that landed on comet 67P/Churyumov-Gerasimenko in 2014). Fifty years ago, it was easy to keep up with what spacecraft were about to be launched or were en route to their destinations. But now I can’t keep track of what’s going on, and I’m regularly caught off guard by the announcement of some launch or discovery of a mission that I was at best vaguely aware of. Isn’t technology great?

What is driving all this exploration of the universe? It can’t be practical application, such as new medical advancements in curing disease or improved products, because, let’s face it, astronomy isn’t very practical. The answer lies in the fact that there is much more to science than just practicality. At its core, science is about the pursuit of knowledge just for knowledge’s sake. For instance, the founding document of modern physics and astronomy is Sir Isaac Newton’s Principia. There isn’t a whit of practical application in it. Rather, Newton was driven to pursue his study simply to answer some fundamental questions about the world, such as what was the force that caused the moon to orbit the earth each month. Along the way, Newton invented physics and calculus, which opened the door to all sorts of things worth knowing, both very practical and perhaps not so practical. One never knows where this raw pursuit of knowledge might lead. And many things, such as art and music, are worth having, just because we enjoy them. In many respects, astronomy is more similar to art and music than to other science.

But this recognition jumps over the fact that man is a curious creature. Why is man so curious about the world around him? The naturalistic worldview has no answer to that question – it’s just the way man is. But the biblical worldview has the answer. Our desire to interact with and understand the world around us may be part of the image of God in which we are created (Genesis 1:26-27), but it may have more to do with our commission to fill, subdue, and rule over the earth (Genesis 1:28). At Camp Infinity we strive to foster that God-given curiosity about the world in the proper context. It is our desire that our campers learn to understand and appreciate or Creator in a much more meaningful way through our unique ministry. We hope that at least a few of our campers will find their calling in glorifying God through their profession that is related to STEM.