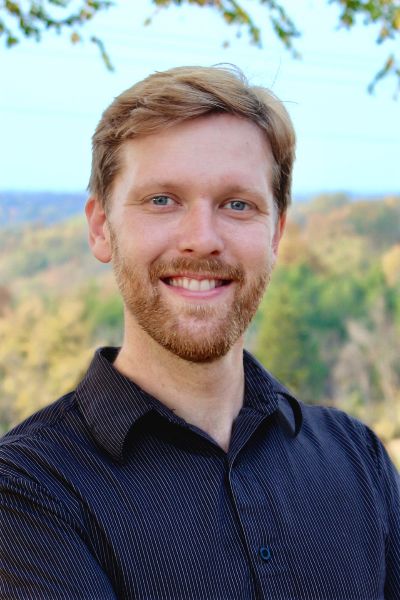 A man's heart deviseth his way: but the LORD directeth his steps. (Proverbs 16:9)

Trust in the LORD with all thine heart; and lean not unto thine own understanding. In all thy ways acknowledge him, and he shall direct thy paths. (Proverbs 3:5­–6)

As a young man, I learned these verses and believed them, but one of the great joys of living life is watching the truths we know come to life. These verses became vividly true after I moved my family from Alaska to Kentucky and started my new job as a handyman in Georgetown, KY in 2015. Shortly after beginning this job, I was driving home and received a text informing me I was laid off.

As I sat at a stoplight, stunned by this turn of events, I was immediately concerned about what I would do for work. But my trust in the Lord reassured me that my only job was to do whatever work the Lord brought to me. I’m not to worry about where the work would come from. At that stoplight, I asked the Lord for what he would have me do next.

Hearing no voice from heaven, I took the only action I knew and that was to ask, seek, and knock. So instead of going home, I began passing out business cards and looking for whatever opportunity God would direct me to next. I trusted that God could do something that day.

After several hours of passing out business cards and nothing happening, I finally went home to my eight kids, unsure of what tomorrow would hold. After arriving home, I realized we needed diapers and groceries. Rather than leaving everyone again after being away all day, I asked my wife if we could all go and soon we were walking up and down the aisles of Costco, filling the cart with everything we needed.

As we headed back to the van to unload the groceries, a middle-aged man approached our van saying he couldn’t help but notice our family as we had both entered the store at the same moment, he had seen us several times while he shopped, and we had checked out at the same time. He just “happened“ to have parked three cars away from us and when he had exited the store he saw me again and decided to talk to me.

He said, “It’s not common to see families with lots of children these days and your children were so well behaved in the store. I just wanted to come up and encourage you and say good job dad for having lots of kids and having such well-behaved kids. Keep up the good work!” After I thanked him for his encouragement, the words “well it was nice meeting you” were right on the tip of my tongue, when I suddenly stopped and remembered it was still today. Every single event of that day had led up to the very small 10-second window of whom we had walked in front of as we entered the store. So instead I asked him what he did for work and found out he was the project manager for the Ark Encounter, which was currently under construction. I was shocked because I had wanted to work there. When I told him that, and what I did for a living, he told me his vice president had told him that morning to find a guy just like me to hire!

I began working on the Ark Encounter January, 2016 and stayed there through the opening on July 7, 2016. Now, what I ended up doing there is another amazing story for another time, but I can now say from the experiential side: “trust in the LORD with all thine heart; and lean not unto thine own understanding. In all thy ways acknowledge him, and he shall direct thy paths.” And again: “a man's heart deviseth his way: but the LORD directeth his steps. Trust in the Lord!”

I look forward to seeing you all this year at Ci 6.0!